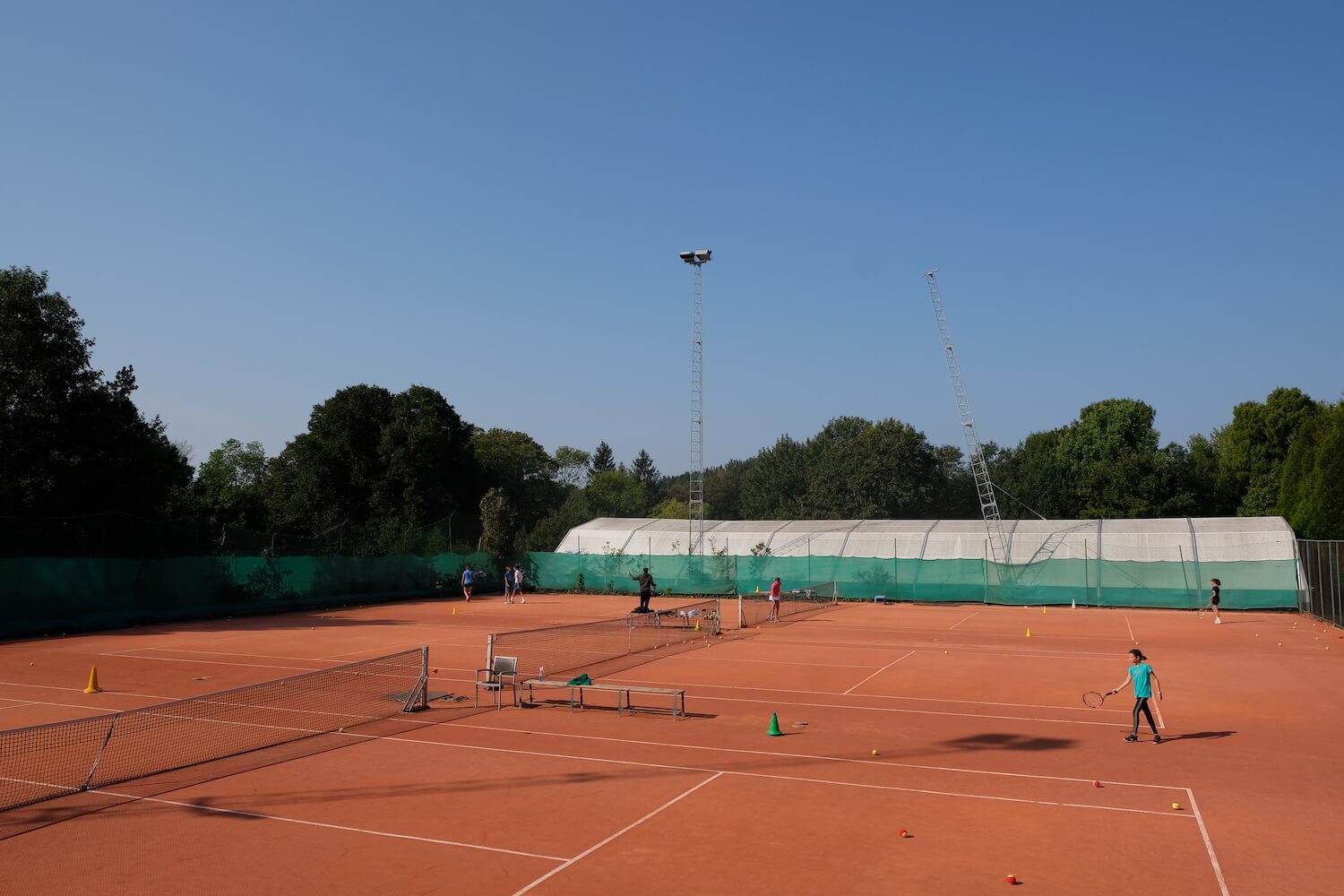 Open all year round, the Castle Club has 7 flood-lit tennis courts, 6 of which have Somclay surfacing and 1 synthetic turf.

In winter all the courts are covered and heated. In the summer, 3 Somclay courts are opened up. They are lit in the evening to allow you to continue to play until 11pm.

The tennis courts are accessible to members of the Castle Club, to its tennis school and can also be rented to non-members.

The year is organised in two main seasons: 28 weeks of winter and 24 weeks of summer.